A look back at a most unusual tourist season 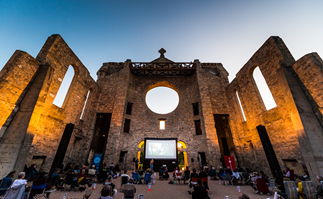 Manitoba boasts more than 100,000 lakes and 90 natural parks, including a UNESCO World Heritage Forest (Pimachiowin Aki Forest), covering an area of 649,950 km (Travel Manitoba). It is therefore not a stretch to say that the province is one of the world’s richest areas in terms of natural spaces.

This wealth bolsters the region’s considerable tourist appeal. The tourism sector is a major pillar of Manitoba’s economy. Before COVID-19, Travel Manitoba estimated that $660 million in tax dollars were generated by revenues from this sector, which also employs some 20,000 people working in 6,100 businesses. With visitor spending estimated at $1.6 billion in 2019, the province’s goal was to increase that figure to $2.2 billion by 2022. But the onset of the pandemic changed all that.

According to several economic stakeholders, including Destination Canada, tourism spending in 2020 could drop by 45% to 60% compared to 2019, and some 6,800 to 11,000 jobs are expected to disappear. From $2.2 billion for 2022, the province has (re)set its sights on meeting the 2019 results of $1.6 billion by 2024. In fact, it is estimated that the tourism sector will be one of the last to recover from a crisis that has only just begun and is already forcing the closure of many businesses.

That said, Manitoba’s tourism sector is one of the most resilient in Canada, due in large part to the fact that the vast majority of its tourists are locals. In 2019, Statistics Canada estimated that 85% of Manitoba tourists were residents of the province, or 9,028,000 out of a total of 10,563,000 visitors (see page 8 of the report)! This is the highest percentage compared with the other provinces and territories.

While we are not suggesting that we will come out of this crisis unscathed, our citizens’ connection with and commitment to their province is a tremendous asset to tourism and to Manitoba’s economy in general.

Our discussions, consultations and surveys with our partners have shown that the accommodation (mostly urban), transportation and tour operator sectors, hunting and fishing lodges and festivals have been the hardest hit. On the other hand, several rural destinations and wide-open spaces have experienced overtourism.

A number of local, provincial, and national stakeholders are critical to the recovery of Manitoba’s tourism sector. Among them, Destination Canada is exploring a variety of possible scenarios for a gradual and effective recovery of the Canadian economy, ranging from the partial lifting of containment measures to a general economic recovery including regular international travel.

The ongoing support of funders, namely Western Economic Diversification Canada via the Canadian Experiences Fund and Travel Manitoba, during the crisis has made it possible for CDEM’s tourism sector to continue to help tourism businesses and bilingual communities thrive.

Here are a few highlighted attractions:

These tourism, cultural, and festival events prove that tourism in Manitoba, while shaken, is still standing. Going forward, we need to encourage new initiatives and recovery campaigns in order to emerge from the crisis. That is why the industry will, in the short term, be focusing on winter, rural and wellness tourism, while complying with current regulations and making your health a priority.

With your support and initiatives, we will be well on the road to renewed prosperity.