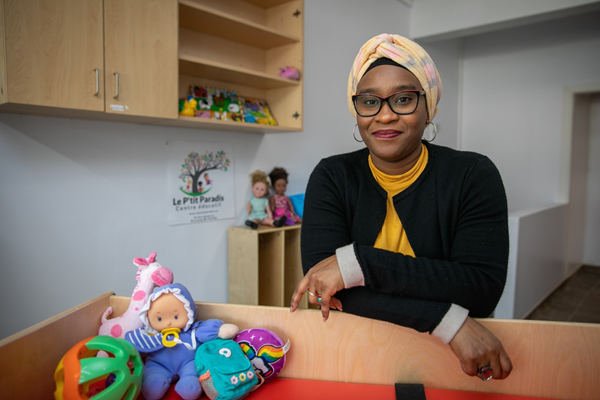 Diary Marega, originally from Senegal, is pursuing her dream of opening a childcare centre, which she has decided to open in proximity to Windsor Park. Throughout all the steps before reaching her goal, the CDEM played an essential part in her efforts.

When Diary Marega arrived in Canada in 2012, she completed the Early Childhood Education program at the École technique et professionnelle (ETP) of the Université de Saint-Boniface(USB).

“When I entered this program, I had in mind to go back to Senegal and open my own daycare there. Things turned out differently. I have kids now, so I found myself having to change my plans.

“Where I live, around Windsor Park, there was no French-language childcare center. So I had to look each time in St. Boniface, but there weren’t a lot of vacant daycare spaces for my children. It was very complicated during this period. I ended up quitting my old job so that I could take care of my children.

“Eventually I found room for everyone, but my kids were in three different daycares! In some, all activities were in English. It was becoming a real challenge for the francization of my children. I find it much easier when it’s in French. “

After living those experiences, Diary Marega decides to take matters into her own hands and give life to this daycare project that has been stuck in her head for several years. She remembers, “I thought now is the time, and why not in Windsor Park? It was time to launch. The procedures began in June 2020. “

If all goes well, the daycare centre should open in Spring 2021: “My daycare will be called Le p’tit paradis. We hope to be able to open it soon, but I’m still waiting for the green light. There will be a capacity of 40 children, from 18 months to five years old, and there will be roughly nine to ten employees. “

She specifies that “most of them have already been recruited, but we are still looking for more. It’s not easy to find qualified people. Also, we found a room where we had to do a lot of work ”.

Addressing all the Necessary Steps

Many steps were indeed necessary in order to prepare Le p’tit paradis childcare centre, but identifying them was not easy. Diary Marega says, “There isn’t really a pre-set list where you can tick boxes. It’s really on a case-by-case basis, depending on the maximum number of children admitted, their age groups. There are a lot of factors to take into account.

“First of all, we had to get in touch with the Province to make an inventory of the premises I had chosen. As a result, a coordinator was assigned to us and we had to follow a list of recommendations on how to set up the room. Then, we contacted the City of Winnipeg to inquire about the various restrictions, safety rules, etc.

“Then we made our detailed interior plan of the room, which had to be approved by the Province. Then, we also had to contact the health sector and submit our plan to them. They had to approve it as well.

“Once all these procedures were completed, we applied to the City for a renovation plan and permit, then we hired contractors to do the necessary work such as electricity, plumbing, etc. The City must then inspect the premises again to ensure that everything meets the required health and safety standards, and request new work, if necessary. Now is the time to apply for an occupation permit, then a license. “ 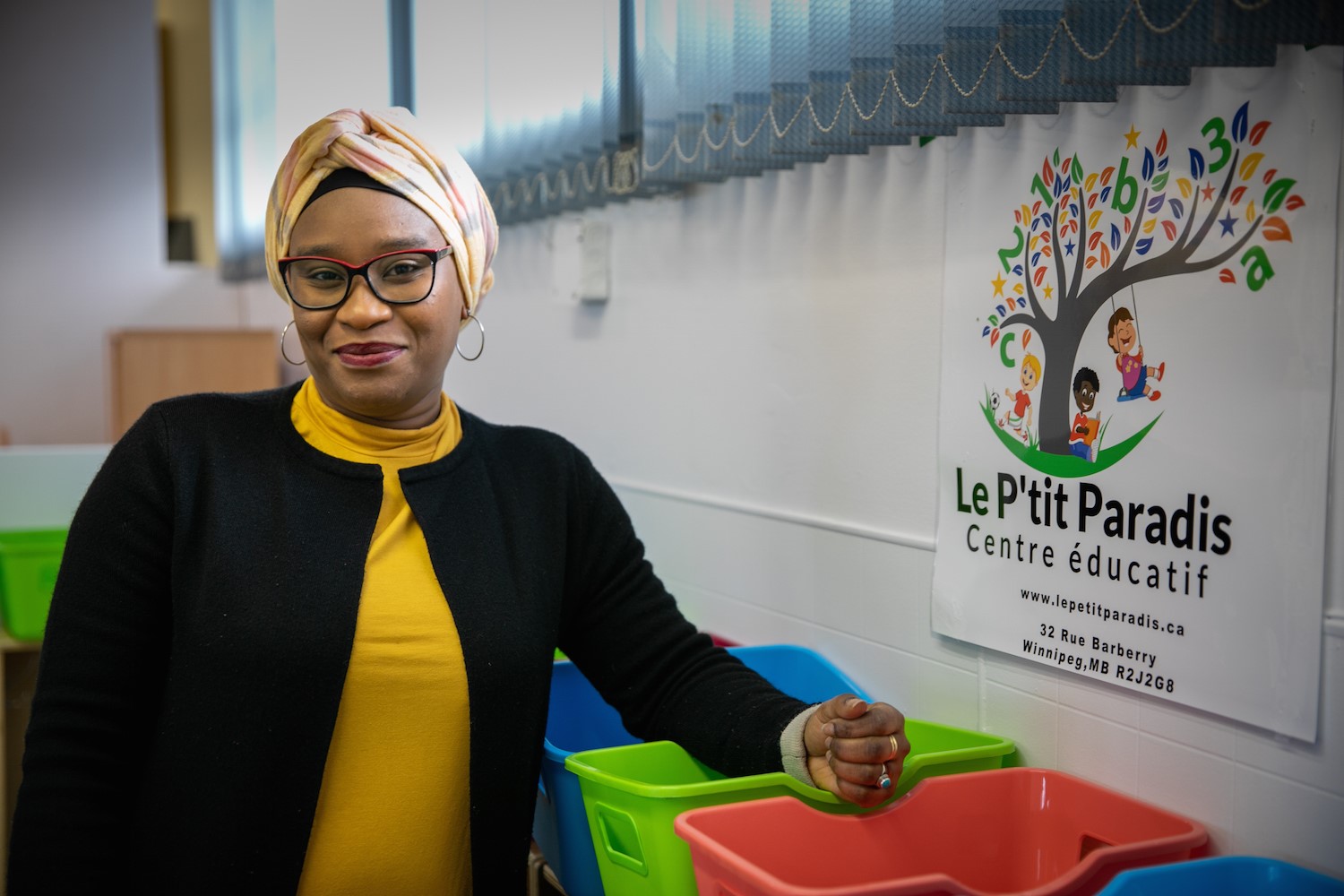 While the journey to opening her childcare center was far from easy, the director of the future centre has no regrets. Le p’tit paradis is her dream for her community and all the Francophone families that make it up. “I really had this idea in mind for the good of the community, in French. We did a real quality job in preparing this centre. We tried to innovate.

“We now hope that we will have support from the community to keep our daycare, which is not-for-profit, alive. Soon we will be launching a fundraiser to help us with our daily challenges. “