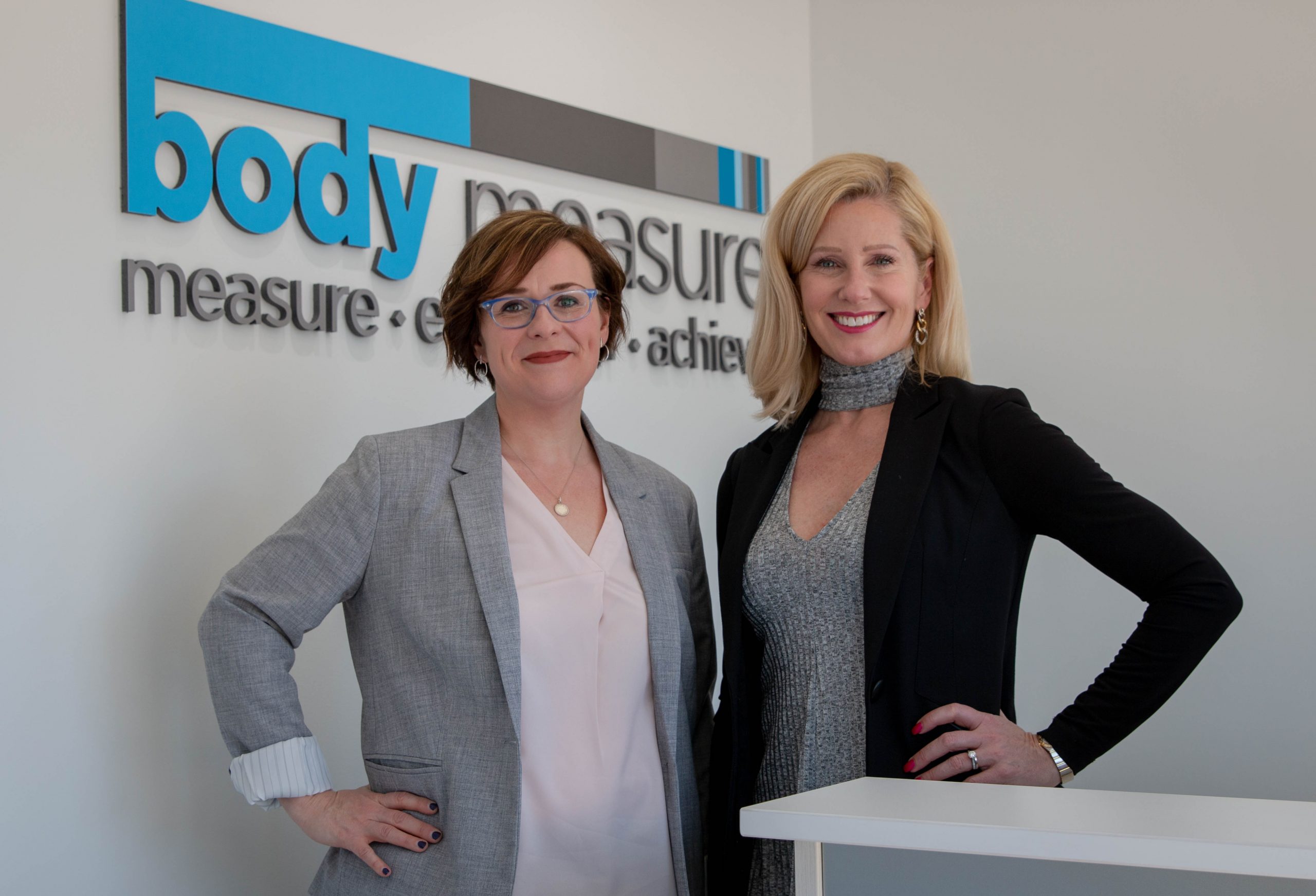 Since being a finalist in the Fosse aux Lions 2019 competition, Winnipeg’s Body Measure team and the services they offer have been increasingly in demand.

Body Measure owners Melina Elliott and Erica Henderson have not had much down time since taking part in the Fosse aux Lions final on April 25, 2019.

To start with, their clientele has doubled. “The first nine months, we saw around 700 clients,” says Melina Elliott. “Today, we have more than 1,400 clients in Winnipeg. It’s been a really exciting year!”

Body Measure is currently the only company in Canada that measures internal and external body composition and metabolic rate in order to target efforts to get or stay healthy and fit.

To better address their clients’ needs, the two business owners both received their World Obesity Federation certification as obesity management counselors in September.

Erica Henderson explains: “We realized that most of our clients were consulting us for weight-loss purposes. People want to be healthier. That certification, which we took online, will help us help them even more effectively on their journey to better health.”

But the two entrepreneurs wanted to help more than just Winnipeggers. They have also been working on opening a second Body Measure location in Ontario. On November 22, Body Measure will be open for business in Newmarket, in the Greater Toronto Area.

Says Melina Elliott: “We knew from the outset that we eventually wanted to open Body Measure branches across Canada. We thought the GTA would be a good starting point for this pan-Canadian vision.”

Ahead of the official opening at the end of November, the Winnipeg-based team will travel to Newmarket in late October to lay the groundwork.

“We’re going to the location to meet our partner and hire two x-ray technicians and two receptionists who we’ll train ourselves,” says Erica Henderson. “We’ll then return to Winnipeg and head back to Newmarket a few weeks later to market the business and get the word out.”

“We plan to use the same formula that we used when we opened our business in Winnipeg: one week of free measurements for trainers, which was a big hit. That ‘sneak peek” generated a great deal of word of mouth.”

Body Measure up for Awards

Body Measure’s success is also evidenced by the fact that it has been nominated for two entrepreneurship awards: the Women Entrepreneur of the Year Awards hosted by the Women Business Owners of Manitoba (WBOM) on October 24, and the Manitoba Business Award, in the Start-Up of the Year category, on October 25.

“We are very proud of what we’ve been able to accomplish so far,” says Melina Elliott. “We worked hard to get here, took risks and put our lives, careers and financial stability on hold. A win would be wonderful recognition and validation that what we created is important.”

“And even if we’re just finalists, it’s still quite remarkable. We are pleased and proud to be in such prestigious company.”

The two women had to submit a portfolio for the Manitoba Business Award, while nominations for the WBOM were made by family or friends.

“It means a lot to us,” concludes Melina Elliott. “We are very grateful for all the support we’ve received from the start, from our loved ones as well as Manitobans who have embraced the Body Measure cause. They are the reason for our success.”