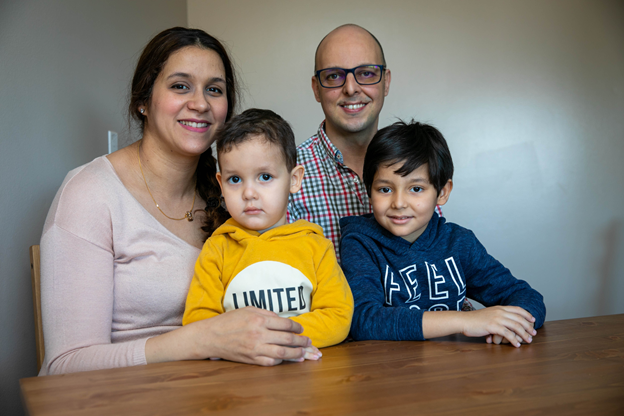 Less Than Two Weeks to Land a Job in Manitoba!

The Oumeziane family arrived in Winnipeg from Algeria on November 27, 2020. It has been for them a perfectly successful immigration experience, despite the exceptional circumstances of the COVID-19 pandemic.

An Immigration Project Carefully Thought Out

Chemseddine Oumeziane, the family’s father, explains the genesis of his family’s immigration to Manitoba: “Our immigration project has been thought out for a long time. My wife and I are both Algerians. We had made a life for us there, we had jobs. But there came a time in our lives when we longed to be somewhere else. “With my wife, we traveled a lot. After discovering several different countries, the idea of expatriation did not take long to make its way into our minds”.

With this in mind, the couple spends a lot of time putting their project in motion. “We had a situation in Algeria, and children, so we couldn’t leave without thinking it through,” says Chemseddine Oumeziane. “My wife and I first researched the countries we were interested in. We made a lot of comparisons, and finally decided on Canada“.

The choice of the country was only the first step. Now the couple had to decide to which part of Canada they would take the family.

“That’s what took us the longest. We did a lot of research. We compared the different provinces. First, we eliminated Quebec because we wanted to move to a predominantly English-speaking province for our children. I speak French and English, and I think it’s important for my children to be able to learn both languages.

“We were very attracted to Ontario, especially Ottawa and Toronto. But when we did more research, we realized that it didn’t really fit us. We wanted something else.

“That’s when we looked more in depth into Manitoba. We found that the quality of life looked better, and more importantly that the unemployment rate was quite low for bilingual people“.

Indeed, while quality of life was a key element for the couple, the possibility of finding a job quickly was also rather reassuring. “We had savings, but with a family, we couldn’t afford to be out of work for a long time“.

The Road to Success, Guided by CDEM

Even before coming to Canada, the family’s father, who had been an indirect sales senior manager for 16 years in a multinational company based in Algeria, had been learning about the Manitoban labour market.

“I knew I wouldn’t be able to get a job like the one I had in Algeria. I had to lower my expectations and then move up the ladder. But I didn’t have a problem with that“.

To optimize his chances of getting a job quickly, Chemseddine Oumeziane turned to the CDEM. “The CDEM helped me a lot. They gave me tips for interviews, they reviewed my resume so that it met Canadian standards. That reassured me a lot.

“And I was very lucky. Within 15 days of arriving in Winnipeg, I had landed a job! I didn’t think it would happen so fast. I’m really happy that I was able to find a job so quickly“.

Chemseddine Oumeziane is currently working as a customer service supervisor at the 24-7 Intouch Inc. call center.

What is the key to his success? Think positive and adapt. “I had a very detailed action plan for my arrival and job search, but I didn’t hesitate to modify it in order to find a job. I believe if you think positive, you’ll see success coming.” 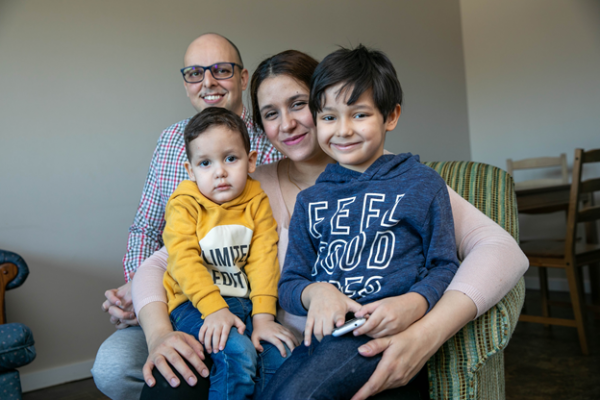